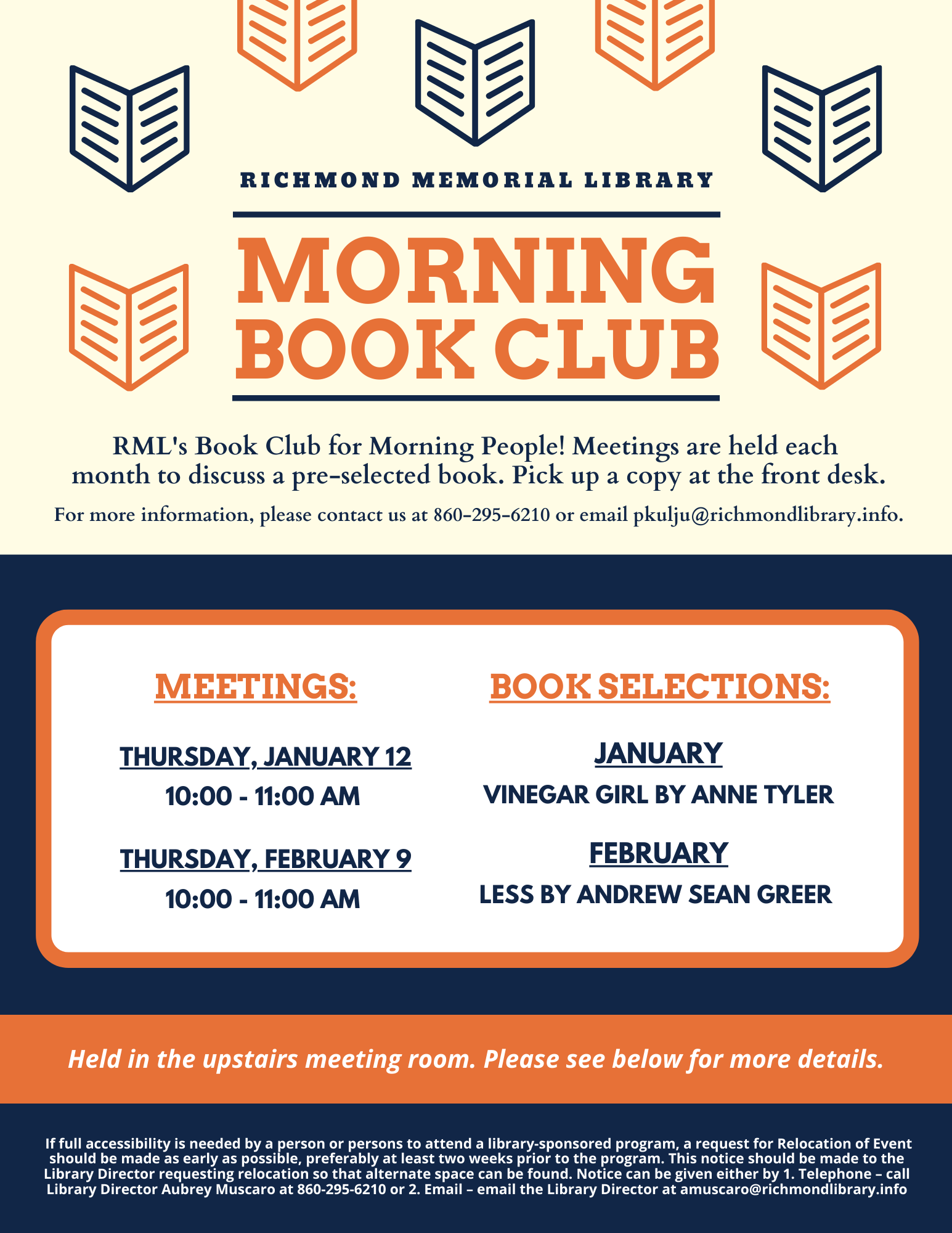 Long Petal of the Sea by Isabel Allende

Chronicles of a Radical Hag by Lorna Landvik

Of Mice and Men by John Steinbeck

The Ground Breaking by Scott Ellsworth

Klara and the Sun by Kazuo Ishiguro

The Invisible Life of Addie Larue by V.E. Schwab

Life After Life by Kate Atkinson

Piecing Me Together by Renee Watson

The Orchardist by Amanda Coplin

The End of Your Life Book Club by Will Schwalbe

The Romanov Empress: A Novel of Tsarina Marina Feodorovna by C.W. Gortner

Down and Out in Paris and London by George Orwell

The Hamilton Affair by Elizabeth Cobbs

The Poisonwood Bible by Barbara Kingsolver

Behold the Dreamers by Imbolo Mbue

The No. 1 Ladies’ Detective Agency by Alexander McCall Smith

Another Brooklyn by Jacqueline Wilson

A Piece of the World by Christina Baker Kline

First They Killed My Father by Loung Ung

The Other Einstein by Marie Benedict

The Other by David Guterson

The Rent Collector by Camron Wright

A Prayer for Owen Meany by John Irving

I Am Malala by Malala Yousafzai

The Glass Room by Simon Mawer

The Rosie Project by Graeme Simsion